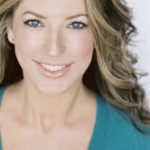 Catherine was born in San Francisco and grew up in the east bay area of Northern California. After graduating from San Francisco State University with a Broadcast Communication Arts (Radio and Television) degree, she moved to Los Angeles and worked at Paramount Pictures for five years as a finance assistant and continued to work for many well-known film and television studios and producers in Hollywood, including Burt Reynolds, Nigel Sinclair, John Hughes, and Will Smith. She then made her way to top entertainment accounting firms and private companies in Los Angeles. Catherine is also the creator and host of “Blues Baby Blues” on KCSB 91.9 FM in Santa Barbara, the first blues radio show on the California central coast that features ground-breaking, legendary women blues artists.