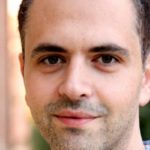 Daniel Bydlowski is currently a PhD student in Film and Media Studies. His doctoral research focuses on film, new media and virtual reality theory and production as the future of entertainment. His interests include bridging theory and practice. Daniel’s research is especially focused on theories of narrative in conjunction with directing, writing and editing techniques in several media. He holds an MFA in Film and Television production from University of Southern California.