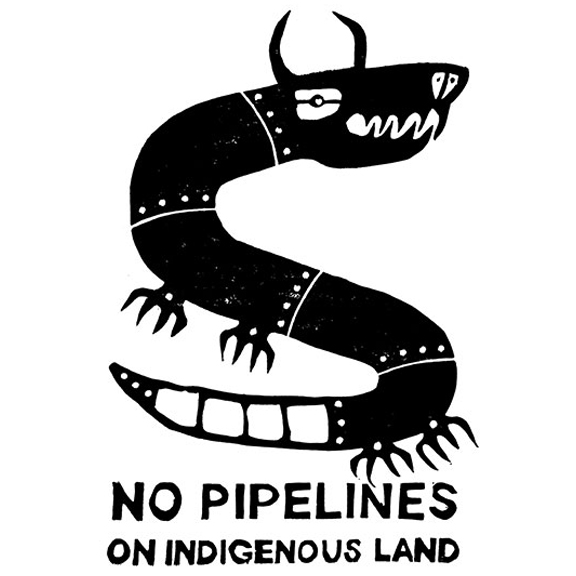 Over the past century, activists, artists, journalists, and corporations worldwide have used film and media to make oil visible to the public: as a threat, as a treasure, as a simple fact of modern life.

In 2016, #NODAPL was arguably the most successful energy justice campaign in the United States to catalyze popular consciousness of the environmental, human, structural and symbolic threats posed by an oil pipeline. Using media strategies marked by a signature mantra – “Water is Life” – and savvy hashtag campaign, the native youth led Standing Rock solidarity movement brought together unprecedented coalitions of diverse camps from around the country and globe: standing in opposition to the construction of the Dakota Access Pipeline.

Many UCSB students have participated in, or at least kept an eye on, this developing campaign over the past year; however, most students are probably not aware that, in the aftermath of an oil spill fifty years ago, mainstream efforts to use media as a means to create public opposition to oil extraction in the United States began right on the beaches of Santa Barbara in 1969.

As residents of California, we live in a culture that depends on oil in countless ways. We consume petroleum-based products and use fossil fuel dependent transportation regularly. And yet many Californians dream of and fight for a world free of the political, environmental, economic and social consequences of oil. These tensions, between our dependencies and our aspirations for a better world, shape our modern lives and find multiple expressions in our cultural landscape.

Broadly, this class questions how our dependency on fossil fuels influences ways of seeing and being in the modern world. Specifically, we will explore how film and media makers have deliberately attempted to shape popular imaginations of oil over the past century. Beginning with a close up on California, we will spend the quarter tracing the following key themes, using a simultaneously historical and global approach:

In this class, we will watch, discuss and write about a variety of films and media about oil, giving critical attention to how, why and for whom they are made. This will include industrial films, photographic collections, documentaries, apps, interactive media, and fiction films that all share a common purpose of making oil visible to mass audiences. In parallel to our global approach to learning through critical histories of mediating oil, we will also examine the social and cultural relevance of oil to our own lives as modern subjects.