The AMERICAN FILM COMPANY, known as the American Film Manufacturing Company until 1915, is a significant production company during the silent era of motion pictures. The company began in the fall of 1910. The word manufacturing would be dropped from the title in 1915, reflecting the industry’s awareness that there was more to the new world of moving pictures than mere construction.

Known to the public by its nickname Flying A, the company would grow from a young aggressive independent, at war with the licensed manufacturers such as Biograph and Edison, to a major force in its own right, along side competitors like Metro and Universal. 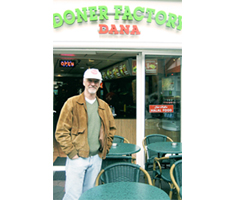