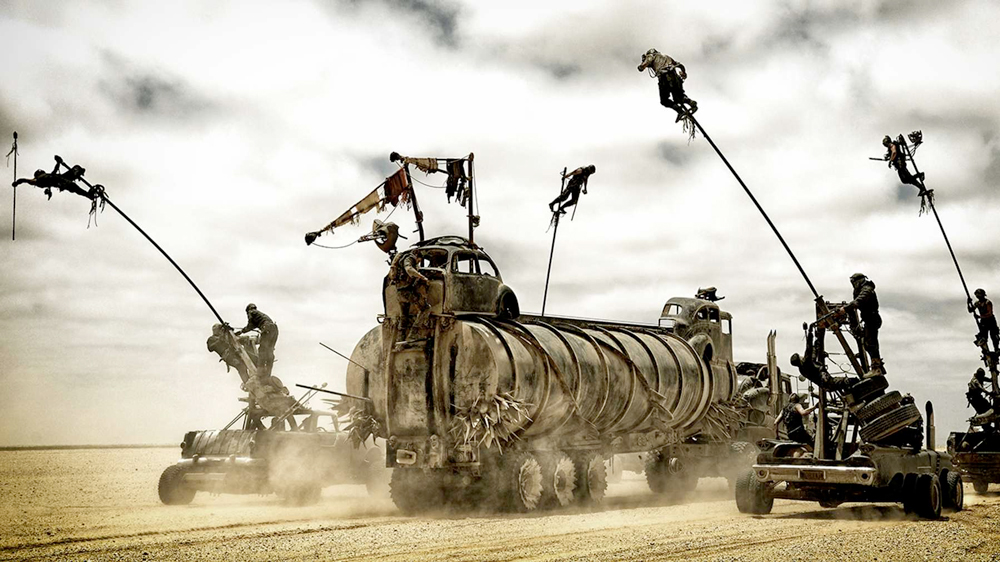 Set in a post-apocalyptic desert wasteland where fuel and water are scarce commodities, the film follows Max Rockatansky (Tom Hardy), who is captured and enslaved by the tyrannical Immortan Joe and his cult followers, dubbed the War Boys. Joe’s trusted warrior-driver Imperator Furiosa (Charlize Theron) escapes with the despot’s five favorite concubines in a heavily armored tanker truck, eventually joining forces with Max to try to outrun the ruthless warlord and his army. With its unflinching portrayal of destructive patriarchy and female-led resistance, Fury Road has been acclaimed as a modern feminist action epic.

Kristen Whissel (Film and Media, UC Berkeley) will join Patrice Petro, the Director of the Carsey-Wolf Center, for a post-screening discussion.

This event is free but a reservation is recommended in order to guarantee a seat.

Tickets will be released on Tuesday, September 10 at 11:00 AM