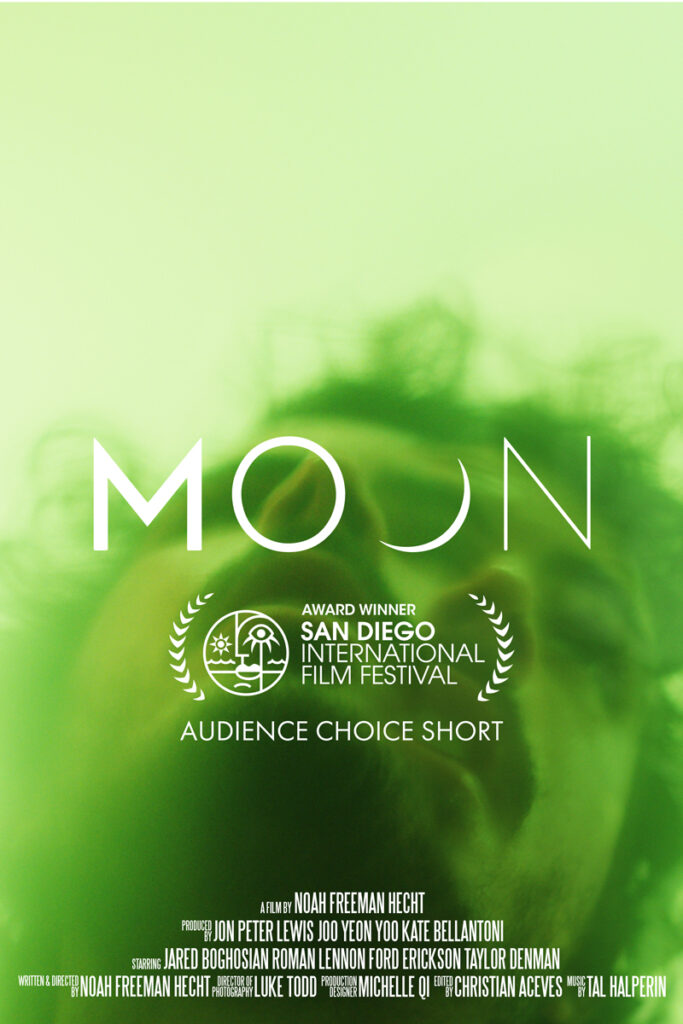 UCSB film students Noah Hecht, Jon Peter Lewis, Kate Bellantoni, Joo Yeon Yoo, Jake Marone, and Luke Todd are returning from a weekend of celebration after their recent short film Moon was awarded Audience Choice Short at the San Diego International Film Festival. Created through FAMST’s 106 Crew Production program, the film follows a young man struggling to cope with the recent death of his brother. After unknowingly consuming magic mushrooms, he is forced to navigate a psychedelic maze of memories and dreams until he is confronted with the guilt he has been trying to suppress. “Our experience at the San Diego International Film Festival was awesome. Being able to premiere alongside so many amazing shorts was epic, and being able to meet the filmmakers behind them even more so. We worked really hard to give this film the highest production value we could, and I think it paid off. We were one of only two university-produced short films in a festival that was otherwise dominated by established filmmakers, and I’m proud to say that our film held up with others that were budgeted at more than ten times what we had. I feel very grateful to have been able to produce this film through the FAMST department. In a major that is very theory-oriented, 106 is invaluable for learning not only about film production but gaining real hands-on experience. As someone who has been involved with the class for all of my four years here, I can confidently say that it has helped me grow as an artist, a producer, and a collaborator. The timeline that the class demands is tough, but it also provides for some really cool opportunities that I don’t think many people get at other film schools. The quality of films has increased dramatically each year that I’ve been here, and I’m confident that with the level of talent we have at this school it is very possible to put UCSB on the map as a center for film production. 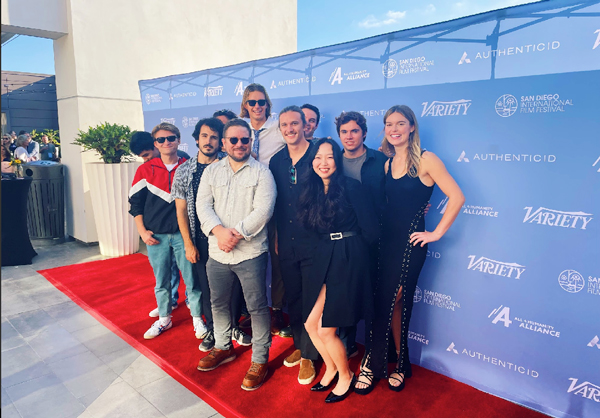 I encourage everyone to take advantage of 106, it is one of the most challenging courses I have taken at UCSB but easily the most rewarding.”
– Noah Hecht
Noah, Kate, and Luke are now in pre-production on their new 106 short film, Forget Me Again, which is slated for principal photography in early December. Moon was written and directed by Noah Hecht and produced by Jon Peter Lewis, Joo Yeon Yoo, and Kate Bellantoni. Cinematography by Luke Todd. Edited by Christian Aceves. Production Design by Michelle Qi. Original Score by Tal Halperin.
To learn more about Moon and the rest of the cast and crew you can visit:
https://www.moonshortfilm.com