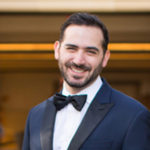 Adam Levy graduated from UCSB in 2009. During his undergraduate studies, he interned for Dreamworks Animation SKG as a central production intern. Additionally as an undergrad, Adam interned for Sidney Kimmel Entertainment, where he did script coverage and a bunch of the other standard duties you think of when you hear “intern” (yes, that means getting people coffee and lunch, picking up dry cleaning, and even walking a few dogs here and there). His undergraduate internships gave him a good grip on how to network and make the move to Hollywood. Adam learned many of the skills needed in the animation industry through tutorials on training websites and by showing extra initiative at his internships.

After graduating from UCSB, Adam went back to DreamWorks where he was employed as a Production Assistant on How to Train Your Dragon (2010), then as a Production Coordinator on Megamind (2010),Puss in Boots (2011), and Turbo (2013). He credits his interest in animation to his internship at Dreamworks; it gave him great insight into what it takes to make an animated film. It was also at DreamWorks where he learned the inner workings of Maya, an industry standard animation program, which he parlayed into learning how to simulate cloth and hair.

After three years at Dreamworks, Adam made the life-changing choice to move to Vancouver, Canada for a year. There, he worked for Digital Domain on Jack the Giant Slayer (2013). The experience was invaluable and Adam learned what a possible life as a VFX artist could be. Small jobs here and there all over the world.

Fortunately for him, after his short stint in Vancouver, Adam moved back to Los Angeles where he earned a job a Walt Disney Animation Studios. At Disney, Adam is a Character Technical Director (its a 3 discipline department consisting of Rigging, Cloth and Hair Simulation Setup, and Technical Animation). Since 2012, Adam has had the pleasure of working on many Oscar winning and nominated films and short films, such as Wreck It Ralph, Frozen, Big Hero 6, Zootopia, Moana, Feast, Inner Workings, and many others.

Besides working for Disney, Adam also independently writes, produces and directs. You can check out his reel, as well as some of his other projects on his website:
https://www.adamreedlevy.com/