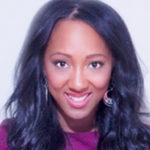 Aisha Corpas Wynn is an accredited Executive Producer with over 10 years of experience in broadcast, cable TV and digital content. She is most known for her work as the Showrunner/Co-EP for HBOʼs “After The Thrones” and creating the digital content for Freeform’s hit shows “Grown-ish” and “The Fosters.” Aisha is the Co-Founder of A Wynn Wynn Production, which has partnerships with CBS Studios, Entertainment One, and 44 Blue Productions. She is also the co-founder of former media company Four Henrys Productions, where she created and co-executive produced A&E’s “Flipping Miami” and VH1’s “I’m Married To A…,” as well as sold shows to OWN, POP and Amazon. Although her career began in scripted at HBO and New Line Cinema, Aisha carries an expertise in reality programming with experience from 20+ unscripted shows, including FOX’s “American Grit,” Food Network’s “Great Food Truck Race,” and A&E’s “Flipping Vegas.”