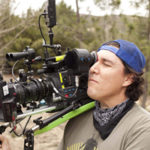 A son of hard working immigrants from Argentina and Mexico, Alessandro Gentile grew up in the San Gabriel Valley where he learned two languages and expanded his imagination for storytelling. Gentile was an avid junior national tennis player and went on to compete at a Division 1 college. Gentile is currently a professional cinematographer working in Los Angeles and influenced by the works of ASC Cinematographer Roger Deakins (“No Country for Old Men”, “Fargo”, and “The Shawshank Redemption”).

In 2000, Gentile received his Bachelors Degree in Film Studies from the University of California at Santa Barbara. Gentile then choose to polish his cinematography skills at the University of California at Los Angeles where he spent two years concentrating on lighting, composition, camera movement, and HD video capture. Post graduation, Gentile has shot numerous Independent and commercial film productions in the States and abroad.

Currently, Gentile works in the commercial world. He has provided video services to clients ranging from ‘Microsoft’ and ‘Hewlett Packard’ to ‘Nike’ and ‘Goodwill’ to ‘The City of Huntington Beach’ and ‘Nitro Snowboards’. He also provides his skills in the narrative cinematic form. His recent projects titled “Schitt’s Creek,” the original television pilot directed by Eugene Levy (featuring Chris Elliott and Catherine O’Hara) has gone on to film in Canada and is entering it’s second season, the short film, “Botes al Amanecer,” are winners of 3 best short film awards. His contribution to the feature film, “Something Real & Good,” helped this project land a VOD deal in 23 different countries around the World.

On his off time Gentile enjoys spending time with his family in Burbank, California, hiking in the local mountains, playing tennis, surfing, riding a long board skateboard and participating in an occasional game of soccer.

As Gentile’s passion for the cinema continues to grow, he looks forward to working on projects that allow him to bring stories to life by capturing compelling images for the screen.