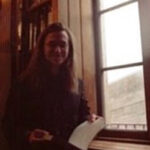 Alex Lilburn is an MA/PhD student in Film and Media Studies at the University of California, Santa Barbara. He holds a BA in the History and Theory of Contemporary Art from the San Francisco Art Institute. At SFAI, he studied avant-garde filmmaking practices and artist-based film histories. His undergraduate thesis investigated the links between semiocapitalism, social media technologies, and the indexicality of images. Prior to coming to UCSB, he worked at the Sundance and Telluride Film Festivals, performed a minor stint as a video editor in Los Angeles, and served as a volunteer at Canyon Cinema in San Francisco. Currently, his research interests include global avant-garde film, subjectivity under semiocapitalism, film market dynamics, urban theory, and alternative film production and exhibition.