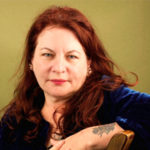 Allison Anders is a Los Angeles-based independent filmmaker. In 1995 she was the recipient of a MacArthur “genius grant” and in 2002 she won a George Foster Peabody Award for distinguished achievement and meritorious service for her semi-autobiographical film Things Behind the Sun. From the release of her acclaimed first feature, Border Radio (1989; co-written and co-directed with Kurt Voss) through the recent critical and popular success of Things Behind the Sun, Anders has established a body of work that is innovative in its visual and sound style and marked by ensemble acting and strong women characters. Her films as writer-director also include Gas Food Lodging (1992), Mi Vida Loca (1993), Grace of My Heart (1996), and Sugar Town (1999; co-directed with Kurt Voss). Anders’ films have premiered at the Cannes International Film Festival and at the prestigious Sundance Film Festival, and retrospectives of her work have been held in Thessaloniki, Greece; Sheffield, England; and at the Karlovy Vary Film Festival in the Czech Republic. At UCSB she teaches courses including rock ‘n’ roll films, autobiographic writing, and music supervision.