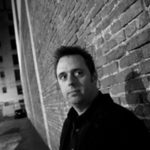 Andy Robertson is a documentary filmmaker who has edited and directed award-winning television. Born in Muncie, Indiana, young Andy developed a keen interest in filmmaking after his 4th grade art teacher assigned a Super-8mm film as a class project. After studying Video Production in High School in San Diego, CA and then Film Studies at UC Santa Barbara, Andy began his professional career in Los Angeles in 1994. Some of his career highlights include the feature documentaries Rhyme & Reason and We Are Legion: The Story of the Hacktivists and the documentary television series American High and 30 Days. He received two Emmy Nominations for Project Runway, the first Reality Show to win a Peabody Award. Andy is currently married to Stephanie McCanles and together they have founded TRINOCULUS FILMS.