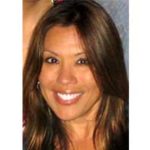 With over 25 years of production experience in Hawaii’s TV and Film industry, Angela has worked on all types of projects from commercials and music videos to episodic TV, indies, and feature film productions. Her long list of credits include award-winning independent films and Associate Producer on “Hawaii Five-0” for 4 seasons.

Angela is in development with her producing partners, working on the award-winning book-to-film adaptation of “The Tattoo”. She enjoys educating and nurturing homegrown talent and was involved in the infrastructure of Hawaii’s film community. She also served on the Hawaii International Film Festival Board for over 20 years.

Angela earned her BA in Film Studies from UC Santa Barbara in 1986. She now resides in Los Angeles with her family where she freelances and remains bi-coastal with Hawaii being her niche.