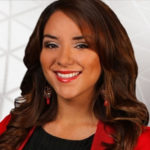 She grew up in Oxnard, home of the California Strawberry Festival, and went on to study Film & Media Studies at the University of California, Santa Barbara. There her passion for journalism was ignited as a reporter for the weekly university paper, The Bottom Line, and at the community radio station KCSB-FM. Bianca lead the first ever student coverage of the 2012 National Republican and Democratic Conventions in Tampa, Florida and Charlotte, North Carolina.

After graduating college, Bianca interned for KPCC-FM in Pasadena and worked for CBS Radio in Los Angeles. Her television news career began in Santa Maria, CA as a multimedia journalist for Univision-affiliate station KPMR-TV where she covered hot button issues such as immigration and labor rights. Her work in Spanish-language news continued in Monterey with Univision-affiliate KSMS-TV.

Bianca started field reporting with KSBW 8 in 2015 and has covered a wide range of breaking news from the Soberanes wild fires to the 2017 calamitous storms hitting the Central Coast. Her reporting on local and national political candidates served as a key component of the station’s Commitment 2016 news coverage

Bianca loves to spend her spare time at the beach with a book, travel and try new food–especially spicy food. She welcomes news tips and story ideas!