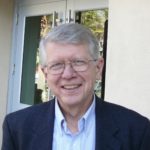 Charles Wolfe’s research and teaching interests include film history and theory; historiography; American cinema and cultural history; documentary film and photography; comedy; adaptation; and the history of film sound. He is the author of two books on the films of director Frank Capra and has published widely on various aspects of the history of commercial, independent, and documentary filmmaking in the U.S. With Edward Branigan, he co-edits the American Film Institute’s Film Reader Series, which to date has published 39 volumes of new critical essays on topics of contemporary concern in film, television, and digital media studies. Viewed in composite, the AFI Film Reader Series has charted new paradigms for scholarly inquiry in cinema and media studies over the past three decades.

Wolfe received the Outstanding Pedagogy Award from the Society for Cinema and Media Studies in 2011, and is a past recipient of a Distinguished Teaching Award from the UCSB Academic Senate. He chaired the Department of Film and Media Studies from 1994 to 1998, during which time plans for the construction of UCSB’s Pollock Theater, the region’s premier public screening venue, were launched. He served as Associate Dean of Humanities and Fine Arts in the College of Letters and Science at UCSB from 2003 to 2008. A member of the Board of Directors of the Society for Cinema and Media Studies from 2006 to 2009, Wolfe also has been a Rockefeller Fellow at the Wisconsin Center for Film and Theater Research, and has served on the advisory or editorial boards of Quarterly Review of Film and Video, Cinema Journal, and Studies in Documentary Film.