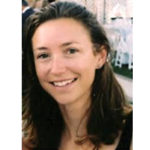 Screenwriter / Associate Professor, Department of Radio-Television-Film, U of Texas at Austin

Cindy McCreery is a graduate of the Walt Disney/ABC Feature Writing Fellowship program for the 2002-2003 year. Her script POWDER PUFFS got her into the program and was sold to Disney after she finished the fellowship. After the sale of POWDER PUFFS Cindy immediately wrote and sold her next feature spec script, SOCCER MOM to New Line Cinema. In the fall of 2005 Tollin Robbins and Josephson Entertainment approached Cindy with the true story of Maria Pepe, the first girl to play in the Little League. Cindy came up with a pitch with the producers and sold the pitch to Nickelodeon/Paramount. In 2006 National Geographic Films hired Cindy to rewrite ELEPHANT WILD and later in 2007 in partnership with Warner Brothers, they hired her again to develop and write FREE WILLY: ESCAPE FROM PIRATES COVE which was released in March of 2010. Also in 2007 Cindy sold a pitch of a revamped BABY BOOM for MGM. In 2009 Disney Channel hired her to adapt the book, RISING STAR into a Disney Channel Original movie. Cindy recently finished a spec scripts for Radar Pictures and Unique Features and is currently developing projects with Scott Sanders Productions and Mike Tollins. Along with her writing, Cindy has been teaching Introduction to Screenwriting for the Film Studies department at UC Santa Barbara for the last four years. And in early 2010 she teamed up with the new Facebook application, Vpype Live Broadcaster, creating a pitch contest helping aspiring writers from all over the world pitch their ideas to Studio Executives and Producers.