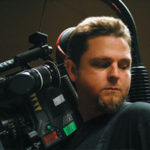 Craig Borders was born in Winston-Salem, North Carolina and raised in San Francisco, California. He developed a passion for film-making early on, producing and directing his first short film at the age of eleven. Borders graduated with a filmmaking degree from the University of California, Santa Barbara in 1992, and was promptly commissioned to produce and direct a tour documentary for the band Ugly Kid Joe. He spent a year of his life traveling the world while filming the rock and roll experience. This project honed his skills as a reality producer, and Borders became an intrepid at the helm of what was to become the exploding reality television industry.

Director credits include The Real World 5, Laguna Beach The Real Orange County 1, Mob Wives 3, and Bands on the Run, which earned him his first Emmy nomination. Borders received his first DGA Award in 2010 for his direction on Build It Bigger. He continued directing, producing and showrunning numerous reality/documentary television shows and segments, including Bride by Design, Ink Master, Meteorite Men, and the first season of APB with Troy Dunn for the Discovery Channel.

Borders is again at the forefront of an expanding industry–, showrunning and producing branded series for the Internet (Samsung’s SOS Island, 2013) and directing commercials (Sperry Top-Sider, 2015) for television.