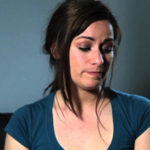 Ms. Craviotto began her screenwriting career as a story editor for the CBS series, “Married: The First Year.” She then went on to script the television film, “Angel Dusted” for NBC in which she co-starred opposite Jean Stapleton. Ms. Craviotto’s first feature film, Squanto: A Warrior’s Tale was released by the Walt Disney Studios and won a MOVIEGUIDE AWARD when it was selected as one of that year’s “Ten Best Family Films.” Darlene wrote the film Love Is Never Silent, an adaptation from Joanne Greenberg’s novel, IN THIS SIGN, for the Hallmark Hall of Fame on NBC. It won numerous awards including an Emmy Award for Outstanding Drama Special, and alsogarnered Ms. Craviotto an Emmy nomination. She also co-wrote “Sentimental Journey,” the television film that starred Maureen Stapleton and Jacqueline Smith. For the stage, Craviotto wrote, “Pizza Man” which was produced at West Hollywood’s Callboard Theatre and Hollywood’s Richmond Shepard Theatre, winning both the L.A. Dramatist Award and Dramalogue Award as best new play of the season. Published by Samuel French, “Pizza Man” has been translated into numerous languages and has been produced nationally as well as around the world. Currently, she is researching her second documentary entitled, The Play’s the Thing, which will tell the story of an award-winning teacher and his students as they meet the challenges of working together to perform a production of Shakespeare within a Sheltered Performing Arts class. The documentary will explore what is possible when diversity is seen as opportunity.