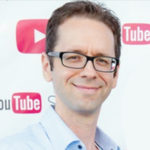 Since graduating from UCSB in 2004, Doug has been busy directing various animated series and web shorts. In 2005 he directed the animated web series “Nick and Haig.” The following year he directed multiple animated web shorts with “Ask A Ninja.” In 2007 Doug directed numerous animated web shorts and music videos, most notable “Weird Al” Yankovic’s Trapped in the Drive-Thru. He also directed an animated show for Cinemax in 2008-2009, titled Eli’s Dirty Jokes. Most recently he is once again working with “Weird Al” Yankovic and directing new web shorts with him. He is keeping busy by also working on a project with Harland Williams as well as a live action music video for pop artist L.B. Rayne.

In 2015, he was busy animating and directing a half-hour television special for Fox Sports called Fight Stories with Urijah Faber. He kicked off 2016 as the Animation Director on YouTube Red’s first animated series, Paranormal Action Squad, and in 2017 animated a segment for the viral hit music video, Back to the 90s. Since 2016, Doug has been the Lead editor on the hit E! News SnapChat show, The Rundown.