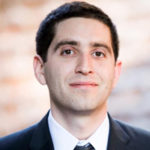 Evan received a Juris Doctor from Michigan State University College of Law where he earned American Jurisprudence Awards in Complex Litigation and Client Counseling and Interviewing. His coursework was primarily in the areas of Property and Civil Litigation. While at Michigan State, Evan spent time working in the Library and on numerous research projects for various professors. Evan also served on the board of directors for Brentwood Park Condominium where he managed the maintenance and renovation of several condo projects.

Evan also earned a Bachelor of Arts in Film Studies from the University of California, Santa Barbara. He personally wrote, directed and produced 4 films while at UCSB and was involved in the productions of countless others.

Evan is an avid sports fanatic and sneaker enthusiast.