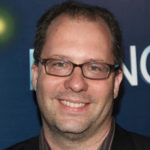 Frederick E. O. “Fred” Toye (born September 26, 1967) is an American television director and occasional producer. His directorial work in 2016 includes an episode in the final season of The Good Wife, the 100th episode of Person of Interest, several episodes for BrainDead and the miniseries 11.22.63, and for the HBO series Westworld.[1]