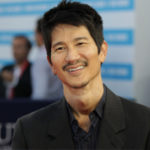 Gregg Araki is the director of award-winning independent films with a cult following. His films range from the avant-garde to black and romantic comedies that often explore adolescent and gay themes. Among Araki’s cult classics are three that could be hailed as his “Teen Apocalypse” Trilogy: Totally F***ed Up (1993), Doom Generation (1995), and Nowhere (1997). Araki’s most recent success, Mysterious Skin (2004), has received numerous awards and nominations at international film festivals.