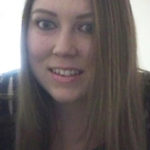 Jennifer Hessler is a PhD Candidate (completion 2019) in Film and Media Studies at the University of California, Santa Barbara. She researches in the areas of telecommunications history, media industry studies, technology studies, audience studies, and consumer surveillance. Her dissertation, “The Nielsen Ratings: From the Audimeter to Big Data,” examines television ratings technologies and methods as precursory models of data-driven consumer surveillance. Jennifer has presented research internationally at conferences such as the Society of Cinema and Media Studies and the International Communication Association. She has published/forthcoming work in Media Fields, The Velvet Light Trap, and Television and New Media.

Along with teaching a wide array of courses in film and media studies, including as the Instructor of Record for FAMST 70: Media Criticism and FAMST 187TR: Television Ratings, Jennifer has taught technology studies/ethics courses in the Engineering department and courses in the Writing department at UCSB. She is the recipient of the 2017 Graduate Student Association Excellence in Teaching Award.

Jennifer served as an editorial assistant for the journal Camera Obscura: Feminism, Media, and Culture. She has also contributed to numerous research collaborations, including the Connected Viewing Initiative, funded by Warner Brothers, and WhatEvery1Says, a Mellon funded project that uses digital humanities methods to research public discourse about the humanities at large data scales. Jennifer will be spending Fall 2018 at the University of Mannheim in Germany, working as a fellow under Regina Schober and Ulf Reinhardt, who direct the Probing the Limits of the Quantified Self project.