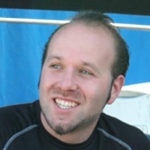 Jesse started his career at Outlaw Productions where he worked for company owner/producer, Bobby Newmyer and worked on such feature films as “Training Day,” “National Security,” and “Ready To Rumble.” He then moved to A Band Apart where he became a staff Production Manager and managed high profile music videos and commercials with the company’s Executive Producer and Head of Production. After leaving A Band Apart, Jesse was hired by writer/director David Ayer to work at Crave Films and co-produced the MGM crime-drama film, “Harsh Times” featuring Christian Bale and Eva Longoria. Jesse continues to work in features films, music videos and commercials as a producer and directors rep.