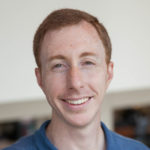 Joshua Braun is a former graduate fellow of the National Academy of Sciences and an affiliated fellow of the Information Society Project at Yale Law School. His work examines sociological questions surrounding online media distribution. His book on digital distribution of TV news was published in 2015 by Yale University Press and his papers have appeared in Communication Theory, Communication, Culture & Critique, Journalism, and Journalism Practice. Josh serves on the editorial board of Social Media & Society and is also a founding member of the “Culture Digitally” NSF working group on cultural production in the digital age. He is currently working on a new book on the civic impacts of media distribution, forthcoming in 2018 from MIT Press.

Josh received his Ph.D. and M.S. in Communication from Cornell University, where his work earned him the Anson E. Rowe award for research productivity, teaching excellence, and service to the community. He also holds a master’s in Bioethics from the University of Pennsylvania and an individual-concentration bachelor’s degree in “Sciences in the Media” from the University of California Santa Barbara, where he graduated with honors. Josh is a former science journalist, having worked as a junior editor for Seed Magazine and contributed to WNYC’s Radio Lab.