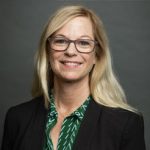 Lisa Parks is a Distinguished Professor of Film and Media Studies and Director of the Global Media Technologies and Cultures Lab at UC Santa Barbara. She is a media scholar and her research focuses on satellite technologies and media globalization; critical studies of media infrastructures; media, militarization, and surveillance; and environmental media. Parks is the author of Rethinking Media Coverage: Vertical Mediation and the War on Terror (Routledge, 2018) and Cultures in Orbit: Satellites and the Televisual (Duke U Press, 2005). She is co-editor of Life in the Age of Drone Warfare (Duke U Press, 2017), Signal Traffic: Critical Studies of Media Infrastructures (U of Illinois Press, 2015), Down to Earth: Satellite Technologies, Industries and Cultures (Rutgers U Press, 2012), Undead TV (Duke UP, 2007), and Planet TV: A Global Television Reader (NYU Press, 2002). She is currently working on two new books, a co-edited collection entitled, Media Backends: Digital Infrastructure and the Politics of Knowing (under contract with University of Illinois Press), and Mixed Signals: Media Infrastructures on the Outskirts.

Parks is a 2018 MacArthur Fellow and has held fellowships and visiting appointments at the International Research Center for Cultural Techniques & Media Philosophy (IKKM) at the Bauhaus University in Weimar, Institute for Advanced Study (Wissenschaftskolleg) in Berlin, McGill University, University of Southern California, and the Annenberg School of Communication at the University of Pennsylvania, among others. She has been a Principal Investigator on major grants from the National Science Foundation and the US State Department and has collaborated with artists, sociologists, geographers, and computer scientists. She is committed to exploring how a greater understanding of media systems can inform and assist citizens, scholars, and policymakers in the US and abroad to advance campaigns for technological literacy, creative expression, and social and environmental justice. Before returning to UCSB, Parks was Professor of Comparative Media Studies and Science, Technology, and Society at MIT.