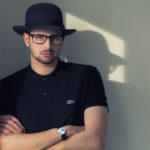 Matthew Mishory (‘04) is a film, television, and commercial director based in Los Angeles. He most recently directed the television feature No Place of Exile for the French/German network Arte as well as commercial campaigns for TCL and August Home. He is currently directing the film Wittgenstein’s Repertoire, also for European television.