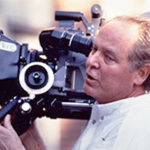 Mr. Miner started his professional career as a cinematographer and director/cameraman of ten music videos. He co-wrote the original ROBOCOP, which received a SATURN AWARD for Best Science Fiction Screenplay and a nomination for Best Screenplay by the Mystery Writers of America. He also co-wrote the pilot for ROBOCOP: THE TELEVISION SHOW and ANACONDAS: SEARCH FOR THE BLOOD ORCHID. Solo writing credits include LAWNMOWERMAN II and DEADLY WEAPON, his debut as a writer/director. He discovered the script for his directorial feature THE BOOK OF STARS while teaching at the Maine Photographic Workshops. Mr. Miner continues to develop screenplays for studios, networks and websites. He has taught screenwriting at the University of Hawaii, the Southeastern Media Institute, the Praxis Center for Screenwriting at Simon Fraser University, California State University at Los Angeles and is a mentor in the InsideOut Writers Program for incarcerated juveniles in Los Angeles County. For the last ten years, as a second career, Mr. Miner has captured landscape images with large format 4 X 5, 5 X 7 and 8 X 10 sheet film cameras. His work is exhibited in galleries in Carmel, CA and San Francisco, CA.