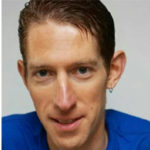 Noah is working on a dissertation tentatively entitled The Cultural and Media Politics of the Bolivarian Revolution. The project analyzes state-backed film and TV productions in Venezuela under the government of Hugo Chávez. He has an essay, “Foregrounding Public Cinema and Rural Audiences: the USDA Motion Picture Service as Cinematic Modernism, 1908-1938,” in the forthcoming (fall 2009) issue of The Journal of Popular Film and Television. His interests include Latin American national cinemas, critical globalization studies, and critical cultural policy studies. Noah received a BA in Literature from UC Santa Cruz and an MA in Moving Image Archive Studies from UCLA. In addition to academic work, he has served as an AmeriCorps VISTA member in East Los Angeles.