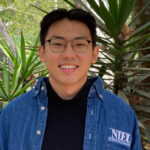 Paul holds a BA in Radio/Television/Film from Northwestern University and an MS in Data Science from the University of San Francisco. At Northwestern, he focused broadly on race and gender in American television. At USF, he focused on alternative applications of machine learning algorithms, co-developing a newsfeed web app called NewsPhi. After USF, he worked for two years at the FDA working on predictive risk modeling for food imports. After his experience in the field of data science, his research interests honed in on studying algorithms as media, specifically exploring racial subjectivity through/with recommendation systems. He also loves to game.