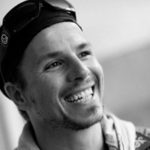 Roko Belic is a documentary filmmaker. He directed and co-produced (with his brother Adrian Belic) Genghis Blues (1999) for which he won 7 awards at various film festivals including Audience Award at Sundance and was nominated for an Academy Award. Since Genghis Blues, Belic has continued his efforts to make documentaries tackling political and/or religious material. Belic served as field producer on Homecoming (2004), co-producer for his brother’s film Beyond the Call (2006), and co-producer and cinematographer for Indestructible (2007).