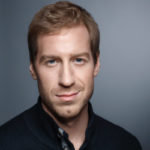 Ryan Sweeney is an American film, TV and stage actor of Irish and Italian decent. Ryan is set to star in AN UPSET by David Auburn (Proof); a raucous comedy two pro tennis players (2017). Ryan received critical attention from Variety and the New York Times for his stage performance of AN UPSET in LA and NYC when the show was produced by Broadway’s O’Henry Productions (Kinky Boots, Front Page) in experimental locations like the Sheats-Goldstein Residence. Ryan is also set to star in Jeffrey Meek’s (Beyond The Sea) drama series titled TUT, CALIFORNIA (2017).  He played a minor role in Brett Haley’s THE HERO (2016). In 2015, Ryan traveled to his first film audition in Rome where he was cast in Barry Morrow’s (Rain Man) romantic comedy SMITTEN. Ryan speaks French and Italian and is a trained dancer. He currently lives in Los Angeles where he works closely with the Jeffrey Meek Acting Studio.