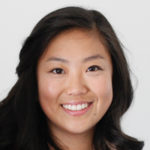 Sarah Cho is a Los Angeles-based writer, director, and performer. At UC Santa Barbara, she co-wrote, co-produced, and starred in a short film, Mustache Maria, that received the Audience Choice Award at Reel Loud Film Festival and premiered at the Los Angeles Women’s International Film Festival. Later in her undergraduate career, she wrote and produced several short-play festivals with peers and theater friends. Her experience writing for the stage inspired her to attend and earn an MFA in playwriting from University of Iowa Playwrights Workshop, where she wrote Koreans Eat Dog, Life of the Experiment, Waiting for Mr. Rogers, Monopoly, Family Dinner, and Trich. She is a recipient of the Iowa Arts Fellowship, the Richard Maibaum Playwriting Award, and the Paul Stephen Lim Playwriting Award from the Kennedy Center.

In the summer of 2017, Cho made her directorial debut at the Hollywood Fringe Festival with The ABCs. The play was written by Monica Trausch and produced by Mooki Entertainment.

Sarah Cho currently works in entertainment publicity at Carol Marshall Public Relations (a select variety of clients include actors Jimmy Smits, Wanda De Jesus, acclaimed director Peter Jackson, VFX masters Weta Digital; the National Memorial Day Concert and A Capitol Fourth for PBS). She has also worked for Paramount Pictures Studio and screenwriter Erin Cressida Wilson (The Girl on the Train, Secretary). Prior to her move to L.A., she did festival coordination, producing, and marketing for live indie shows. She also writes for the Sunday Sketch Show at iO West, does stand-up at open mics, and performs with her indie improv teams, Big Jim and Grandma’s Girl.