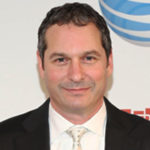 Scott Frank’s screen credits include some of the better known films of the last decade such as Steven Spielberg’s Minority Report (2002), as well as Steven Soderburgh’s Out of Sight (1998). Out of Sight won major awards from the Writer’s Guild of America, Mystery Writers of America, the National Society of Film Critics, and the Boston Society of Film Critics and Frank was nominated for an Academy Award for Best Adapted Screenplay. He was also nominated for a Writers Guild of America Award and a Golden Globe Award for the critically acclaimed Get Shorty (1995). Other well-known screenplays of Frank’s include Malice (1993), Dead Again (1991) directed by Kenneth Branagh; and Jody Foster’s directorial debut, Little Man Tate (1991), which he had been working on as a student at UCSB in the late Paul Lazarus’s screenwriting class. Recent writing credits include Flight of the Phoenix (2004), The Interpreter (2005) and most recently The Lookout (2007) which Frank also directed.