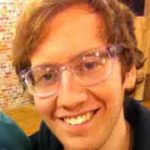 Steven Secular received his PhD in Film and Media Studies from the University of California, Santa Barbara. His research focuses on the history and globalization of the integrated sports and television industries. His dissertation, Hoop Streams: The Rise of the NBA, Multiplatform Television, and Sports as Media Content, 1982 to 2015, examines the historical relationship between sports and media by charting the evolution of the National Basketball Association, its global ambitions, and its investments in satellite, cable, and digital technologies. Ultimately, the NBA comes to operate as a global media producer-distributor similar to Netflix and HBO. Steven’s work can be found in Media Industries and the International Journal of the History of Sport and he has presented his work at conferences such as the Society for Cinema and Media Studies (SCMS), the North American Society for Sport History (NASSH), and Media Fields at UC Santa Barbara.