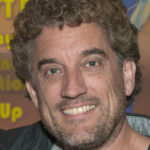 Sven Holcomb has been working as a professional in the field of Audio Engineering with over 30 years experience. He was formally trained in Audio Engineering at Los Angeles Recording Workshop in 1994 and has since been working in the profession. Sven has owned and operated a recording studio in San Francisco for 10 years and currently runs a computer based hard disk production studio in Santa Barbara. As a self-employed Audio Engineer, Sven has been fortunate to have worked in most capacities and aspects in the field of Sound Production.

Sven has worked on a variety of projects with a wide range of clients including major “A” list actors to independent filmmakers and documentarians. The projects he’s worked on include recording and editing dialog for film, documentaries and radio commercials, field recording for numerous studio projects and TV, and ADR overdubbing, mixing and mastering for film and video projects. He has engineered and produced music with major label artists and musicians. Sven has operated and mixed on large FOH consoles for music concerts and live events. He has worked as a Tour Manager, Production Manager and Stage Manager for major artists. He also has a lot of experience designing, installing and maintaining production systems, particularly audio based computer software and hardware. Sven has also been a performing musician for most of his life and has taught and tutored many clients and students over the years