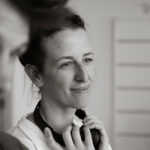 Tare Miele is a writer/ director best known for the viral video “Meet a Muslim”, which was created in order to combat Islamaphobia.The video was featured on Refinery 29, E Weekly, Buzzfeed, and Upworthy and has been viewed over 40 million times.
The success of “Meet a Muslim” resulted in a blind script deal at Warner Bros for Tara. She had also been hired by producer Russ Grey to pen a drama tackling gun violence in America.
Additionally Tara is attached to direct “Wander Darkly”, a romantic thriller which she wrote based on a real life experience. Lynette Howell’s 51 Entertainment is producing the film. It is slated to go into production in 2018.
As a screenwriter, Tara has set up projects at Lionsgate, Screengems, New Line, and Disney Channel. She has also directed four feature films, three under the Mars Vista/Lifetime banner as well as two episodes of Hawaii Five-O for CBS and this season’s penultimate episode of Arrow for the CW. Looking forward, Tara aims to create more socially-conscious work in an effort to build bridges and conversations.
Tara is a graduate of the University of California at Santa Barbara and currently resides in Los Angeles with her talented husband and two amazing daughters. She is repped by WME.