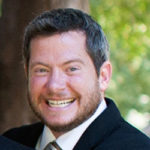 Tim O’Neil has created award-winning campaigns as a writer, producer, and creative director in the movie and television trailer business for the past 16 years. Some of his campaigns include Orange is the New Black, Disney•Pixar’s UP and Wall•E,  Tim Burton’s Alice in Wonderland, Elf, Iron Man 3, Glee, Sons of Anarchy,  Black Swan, The Americans, You’re the Worst, and Bill Nye Saves the World, as well as political and social activism trailers, including the PromaxBDA 2018’s Best Social Cause Spot of the Year for the Charlottesville inspired “Virginia Vote”.

Tim graduated with a double major in Film & Media Studies and Economics from UCSB in 2001, and after 13 years in Los Angeles, he returned to Santa Barbara, as founder and creative director of MENTALiTY. a creative advertising agency, located in the heart of downtown Santa Barbara, which specializes in audio visual, print, social media, and branding campaigns for such clients as Netflix, Amazon, FX, Disney, Turner, Participant, and PBS.