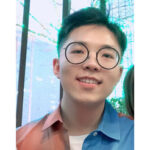 Tinghao Zhou is an MA/PhD student in Film and Media Studies at the University of California, Santa Barbara. He received his MA in Film and Media Studies from Columbia University and he completed his bachelor’s degrees in English and Economics in China. His master thesis particularly looked at “light pollution” as a media phenomenon, trying to unveil the infrastructural relationship between human sensorium and modern lighting culture. His current research interests include environmental and zoological media studies, ocean humanities, critical infrastructure studies, modern visual culture, and digital culture in East Asia and beyond. Prior to studying at UCSB, he worked and served as a member of the selection committee for several film festivals (Hamptons International Film Festival, NewFest: The New York LGBTQ Film Festival, etc.). Currently, he is working with Prof. Lisa Parks as the graduate research assistant at the Global Media Technologies and Cultures (GMTaC) Lab at UCSB.