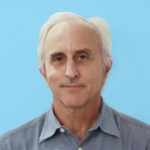 In his previous run at Fox he acquired film for all divisions, and in 2015 led Fox Searchlight’s pickup of He Named Me Malala. He later segued to a role as a consultant coordinating the social impact campaign with Searchlight, National Geographic, Participant Media and the Malala Fund.