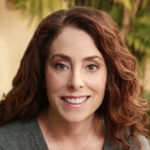 Tory Metzger, Levantine Films President of Production, is a seasoned entertainment executive who began her career as an agent at CAA where she represented Academy Award-winning directors, writers, and actors. During her years at CAA, she was involved in the packaging of films as diverse as Being John Malkovich, Brokeback Mountain, and the Mission Impossible franchise. In 2008, Tory left CAA to become President of Production at MRC Studios. Her work with signature filmmakers continued at MRC where she oversaw development, packaging and production of the company’s films. After her time at MRC, Tory joined David Linde in the creation of Lava Bear Films, an independent film financing and production company, which produced the Academy Award-nominated Arrival.