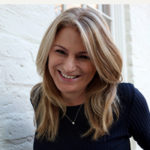 Philips has been with Paradigm since its inception; her clients include Ehren Kruger, who wrote the upcoming DreamWorks pic “Ring” as well as “Arlington Road” and “Scream 3”; novelist-screenwriter John Scott Shepherd, whose credits include “Joe Somebody,” the novel “Henry’s List of Wrongs” (recently published by Rugged Land Books) and the upcoming New Regency release “Life, or Something Like It”; and exec producer Neal Baer (“Law and Order: Special Victims Unit,” “E.R.”).