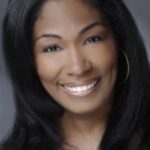 As the Founder and Executive Producer of Auburn Avenue Films, Wendy Eley Jackson translates creative currency into business strategy! A native of Atlanta, GA, she brings 25 plus years of television broadcasting and film experience to help navigate the intersection of creative minds with branding, media and marketing technology.

A graduate of the University of California at Berkeley with a B.A. in English Literature, and received her M.F.A. in screenwriting from the University of Georgia, Wendy’s vast experience in the media industry spans from her working in made for television movies for TriStar/Columbia Pictures television, advertising and marketing with Turner Entertainment Networks, and developing TV pilots for major networks, and most recently, she’s received the Producer Guild Mark (p.g.a) for her producing work for the feature length documentary, MAYNARD! Currently she is the Producer of the documentary, COUNTING THE BALLOTS, being produced by her company, Academy Award nominee, Sam Pollard (Slavery By Another Name, When The Levees Broke) and award winning director, Malcolm D. Lee (Girl’s Trip. Night School, The Best Man Holiday) and co-produced with Holly Sorensen.

Energetic, creative, and business savvy are Wendy’s forte! Creating and enhancing brands as well as developing original programming for scripted and reality television have become a successful and driving passion for her. As creator and executive producer of Auburn Avenue Films, Wendy currently has scripted, non-scripted television and feature films being produced Her role in developing cutting edge content for worldwide, has hailed her as one of the most promising producers today.

With her desire to see more diverse and positive roles developed and produced for the “silver screen.” Wendy’s drive, passion, and love for television and film offers to bring economic empowerment to the arts and entertainment industry and fosters more creative expressions for the aspiring and established filmmaker.