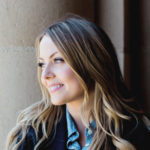 Zoe Bower Robert is a Los Angeles based writer-producer with a background in feature film post production. A 2016 graduate of the UCLA MFA Screenwriting program, Zoe is the winner of the David C. Baumgarten Award, the Jay Grossman Comedy Writing Award, and a Humanitas finalist.

Zoe has worked as a post production coordinator on 18 studio and independent films. Her recent credits include Thor: Ragnarok and Guardians of the Galaxy for Marvel Studios. Past credits include: Divergent, The Runaways, A Single Man, and Tree of Life.

Zoe served as a graduate student teacher at UCLA School of Theater, Film and Television, where she taught course sections in film structure and screenwriting fundamentals. In her spare time, Zoe enjoys writing, teaching, and mentoring young writers.