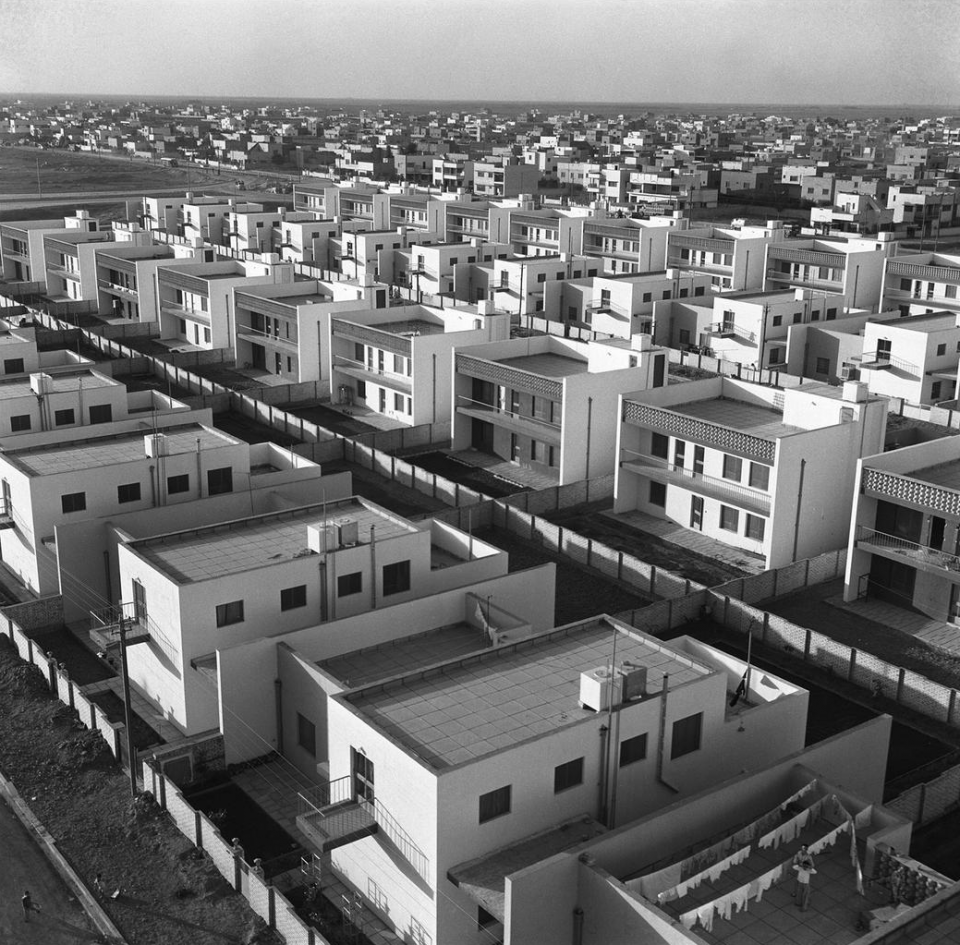 Through Latif al-Ani’s camera lens, we witness a modern city on the rise. It is difficult not to read these serene black and white photographs of the mid-twentieth century Iraqi capital against the surfeit of present-day images of Baghdad. Unlike the works of contemporary photojournalists, which narrow in on a city besieged by barriers and bombings, al-Ani’s photos feature modernist buildings and broad avenues that characterized urban change during Iraq’s oil driven development boom of the 1950s and 60s.