This course explores the cultural history and politics of popular music and youth resistance, with an emphasis on the contested relations between musical forms and practices, cultural meanings and values, audiovisual media, and the operations of social power. After acquainting ourselves with some key terms and concepts in critical cultural theory, we look at the social and institutional construction of juvenile delinquency during the mid-twentieth century, as well as the emergence of—and attack on—rock ’n’ roll during this same period. From there, we take up the critique of mass culture and of the industrialization of music before moving on to consider a range of subcultural styles and expressions: from zoot suits to skinheads, from British mods to gangsta rappers, from ravers to riot grrrls. We then plunge into the problem of taste by examining the various attitudes toward Celine Dion and her fans. We conclude the course with an analysis of the role of technology in the production, performance, and consumption of popular music. 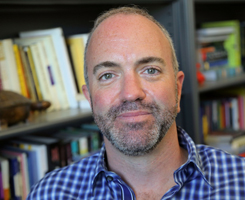