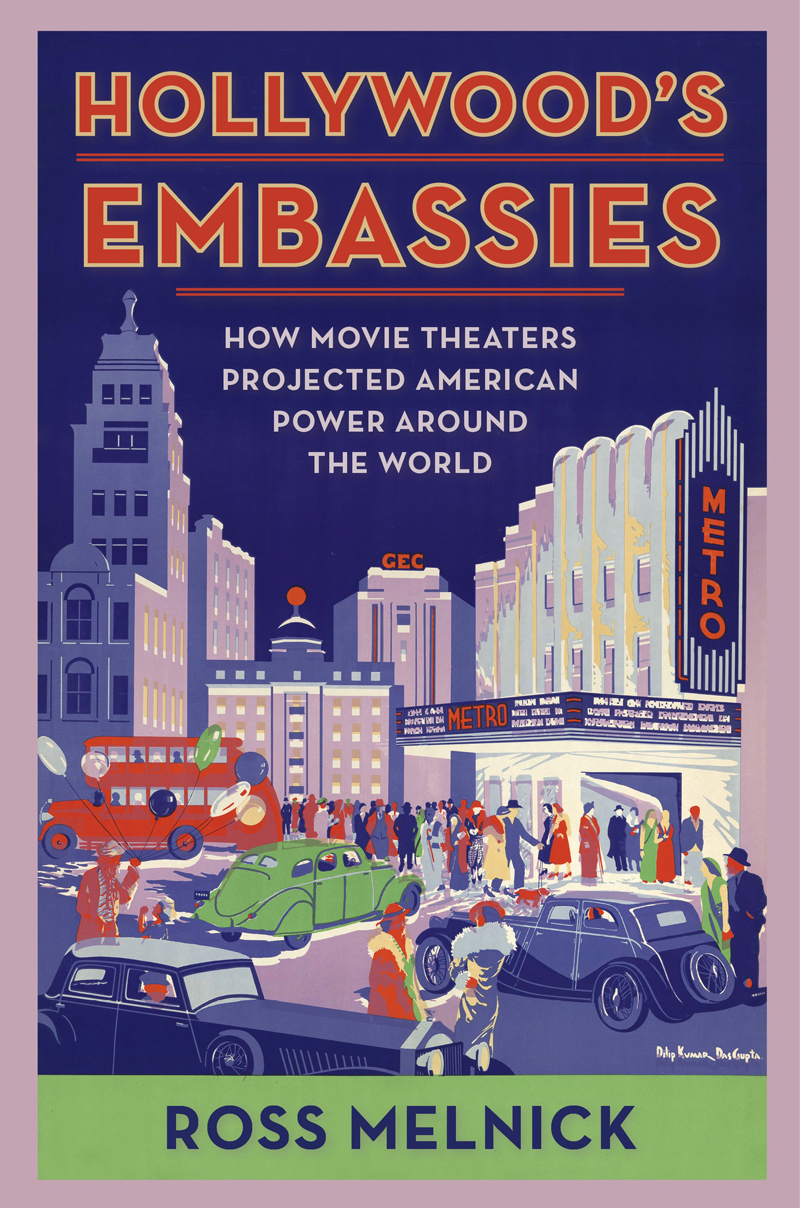 Beginning in the 1920s, audiences around the globe were seduced not only by Hollywood films but also by lavish movie theaters that were owned and operated by major U.S. film companies. In his new book, Hollywood’s Embassies: How Movie Theaters Projected American Power Around the World, Ross Melnick considers these movie houses as “cultural embassies” and examines the operation of U.S.-owned and operated cinemas in nearly three dozen countries on four continents between 1923-2013. A truly global account, Hollywood’s Embassies shows how the entanglement of overseas movie theaters with American empire offers a new way of understanding film history and the history of U.S. soft power. In this book talk, Melnick will provide a series of global case studies that examine the archival challenges and discoveries that enabled this long-gestating project.

Ross Melnick is Director of Graduate Studies and Professor of Film and Media Studies at UC Santa Barbara. He is the author of American Showman: Samuel ‘Roxy’ Rothafel and the Birth of the Entertainment Industry (Columbia University Press,), co-editor of Rediscovering U.S. Newsfilm: Cinema, Television and the Archive (AFI/Routledge), as well as the author of numerous journal articles and book chapters. He was named an Academy Film Scholar and an NEH Fellow for his new book, Hollywood’s Embassies: How Movie Theaters Projected American Power Around the World (Columbia University Press, 2022).