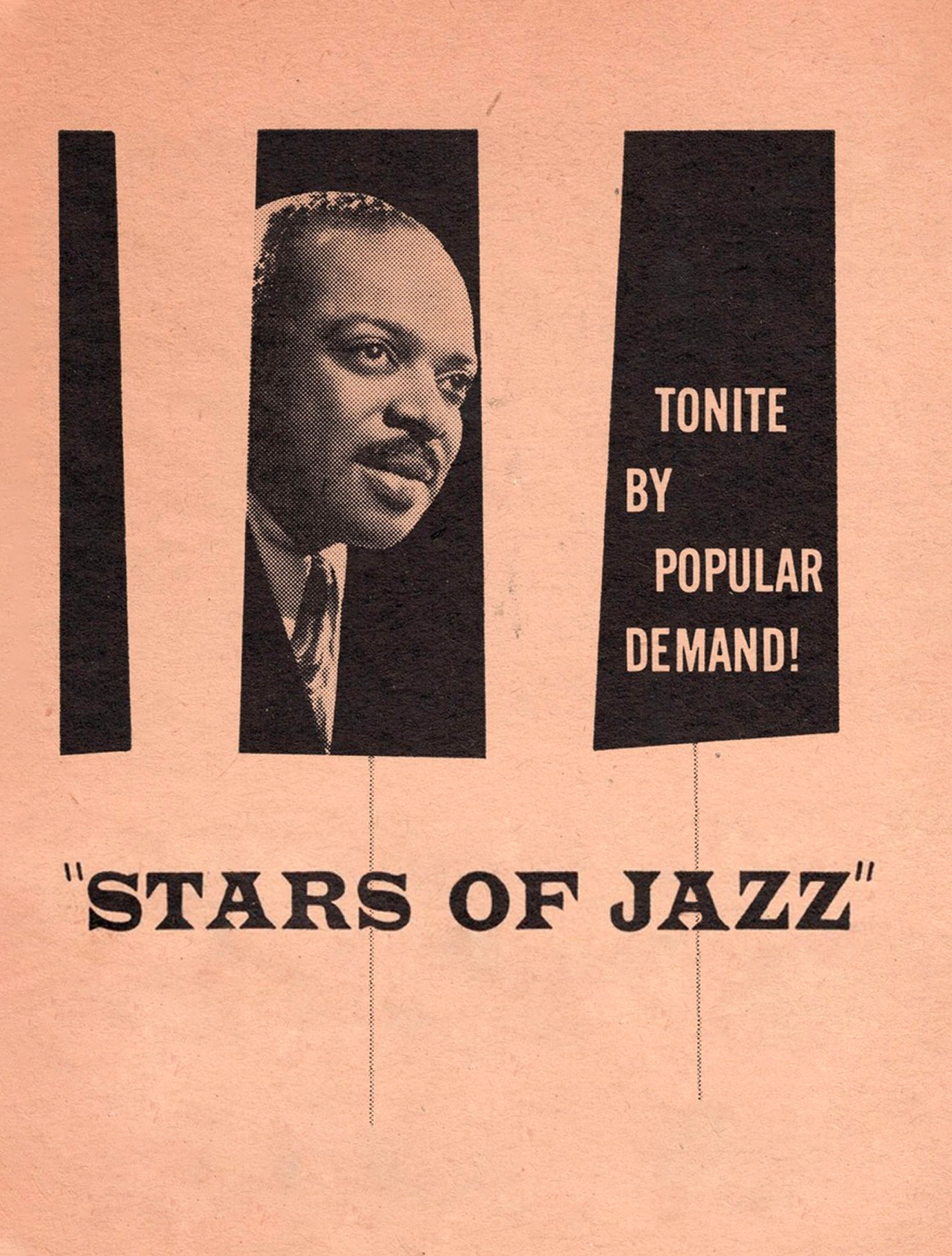 Stars of Jazz aired weekly on KABC-TV in Los Angeles from June 25, 1956 to December 29, 1958, with additional national broadcasts on the ABC network. Hosted by musician and actor Bobby Troup, the series offered viewers the highest possible caliber of live jazz performers and performances. During the civil rights struggle, the series frequently presented and lauded African-American artists. To enhance the contemporary viewing and listening experience of this historic series, several original Stars of Jazz kinescopes were scanned at 2K high definition resolution, with their soundtracks restored from superior audio sources held by the UCSB Library in the Wayne Knight Collection.

Tonight’s event will open with a newly-restored early home sound-on-disc format Home Talkie from 1929 featuring vaudeville star Isabella Patricola (1886-1965). This is believed to be the only surviving copy of this complete film and the only film document of her stage routine where she self-accompanies on violin. It was discovered in 2015 in Milt Larsen’s Variety Arts Collection, housed at the UCSB Library. The film was restored and sound and image synchronized by the UCSB Library in 2018. Two complete preserved episodes of Stars of Jazz will follow: “Modern Jazz Quartet and Herb Jeffries” (KABC, airdate 6/9/1958) and “Count Basie Orchestra and Joe Williams” (KABC, airdate 6/23/1958).