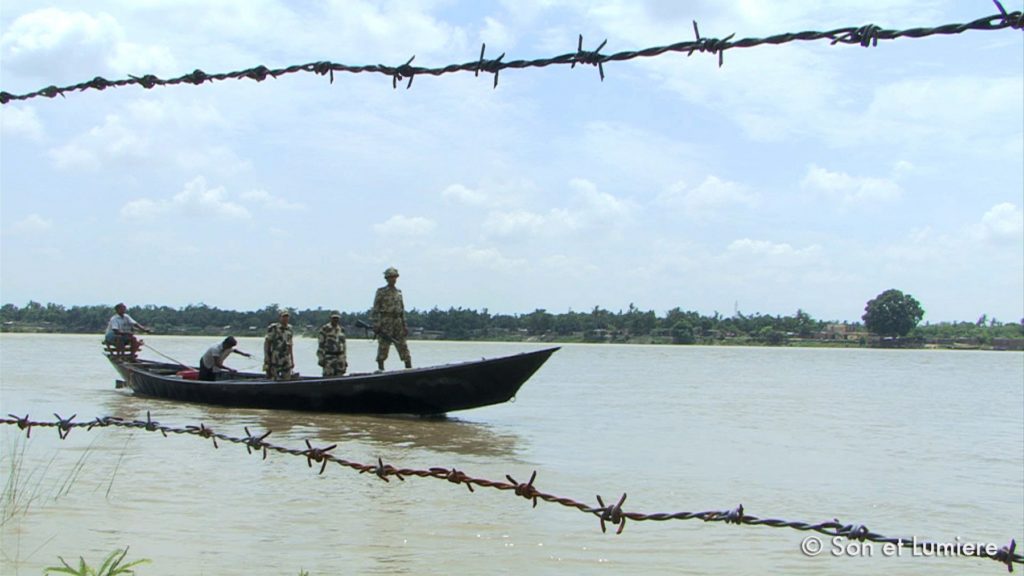 06/07/2018
Bhaskar Sarkar
On No Man’s (Is)land: Futurities at the Border
Download Publication

On No Man’s (Is)land: Futurities at the Border

Focusing on communities that, displaced by riverbank erosion, relocate to the islands formed by silt sedimentation in the middle of the Ganga, along the stretch of the river that coincides with the international border between Bangladesh and India, this paper examines the constitutive contradictions of citizenship and alienness. Analyzing Sourav Sarangi’s documentary …Moddhikhane Char(aka No Man’s Island, 2012) along with its conditions of production, the paper isolates an aesthetic of precarity that enables the filmmaker to challenge a statist spectacle of border control while participating in a global documentary humanitarianism. The paper also engages in more speculative contemplations on environmental shifts, the beleaguered status of the common, and the futures of frontier communities. At stake is a nuanced understanding of emergent forms of political agency that subvert, and threaten to displace, classical paradigms of citizenship and political participation.