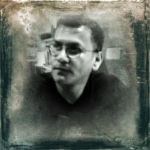 1) questions of modernity and community, imagination and participation, paying close attention to the institutions, circuits, and practices of global media assemblages.

2) “southern” agencies and media formations that emerge in the gaps between legality and legitimacy, and which remain pervasive and significant in spite of their “fringe” status and their informal, improvisational, often illicit modalities.

3) the political and cultural nodes of the global-popular, including diverse manifestations of populism.

4) uncertainty and risk; regimes of securitization; speculative practices and potentiations.

Sarkar is the author of Mourning the Nation: Indian Cinema in the Wake of Partition (Duke University Press, 2009), a critical exploration of the cinematic traces of a particular historical trauma. He has coedited the collections Documentary Testimonies: Global Archives of Suffering (Routledge, 2009), Asian Video Cultures: In the Penumbra of the Global (Duke University Press, 2017), and The Routledge Handbook of Media and Risk (Routledge, 2020). He has also coedited two journal special issues: Postcolonial Studies (2005), on “The Subaltern and the Popular”; and BioScope: South Asian Screen Studies (2012), on “Indian Documentary Studies.” At present, he is completing a monograph titled Cosmoplastics: Bollywood’s Global Gesture. He has also begun work on a monograph about piratical practices in the Global South, and a second monograph on queer underground club cultures in millennial Los Angeles.

Sarkar serves on the editorial board of the journal Communication and Critical/Cultural Studies, and on the advisory boards of the journals Cinéma&Cie, Media Theory, and Media Fields. At UC Santa Barbara, he is an affiliate faculty in Comparative Literature, East Asian Languages and Cultures, and History of Art and Architecture.

Asian Video Cultures: In the Penumbra of the Global

Mourning the Nation: Indian Cinema in the Wake of Partition

Industrial Strength Queer: Club Fuck! and the Reorientation of Desire

Plasticity and the Global

The Melodramas of Globalization

On No Man's (Is)land: Futurities at the Border

The Pedagogy of the Piratical

Theory stranded at the borders, or, Cultural Studies from the southern fringes

Routledge Companion to Media and Risk

Tangled Legacies: The Autos of Biography

Hetero-Nation: Toward a "New and Improved" Public Image

Epic Melodrama, or, Cine-maps of the Global South

Introduction: The Subaltern and the Popular

The Global-Popular: A Frame for Contemporary Cinemas

(Not So) Far from Bollywood: Videocinemas of India